‹ prev next ›
0
Why You Will Not Become A Great Guitarist If You Make Progress ‘Too’ Quickly
June 8, 2014 Tom Hess Articles 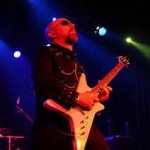 Do you believe that becoming an excellent guitarist means making as much progress in as little time as possible? If so, you are completely wrong! In reality, making progress as quickly as possible and attaining all of your musical goals as quickly as possible are NOT one and the same. Guitar players frequently impair their musical growth because they advance too quickly in one or more areas while not making any growth at all in others. As an analogy, imagine yourself driving down a narrow road with many twists and turns at 100 miles per hour – at some point you will lose control and crash because it is too hard to make turns without skidding off course. The emphasis in the previous sentence is on the word ‘control’ because this applies directly to the progress you make on guitar. Until your guitar playing progress is carefully managed, controlled and effectively optimized, you may end up ‘crashing’ into obstacles and never reaching your desired goals.

Why Too Much Progress In Your Guitar Playing Can Be Destructive:

When you make too much progress too quickly, you are at great risk of becoming ‘unbalanced’ as a guitarist. I see this all the time – guitar players come to me frustrated because they have developed great ‘technical’ guitar skills, yet lack the ability to translate what they can play into actual ‘music’. The reason this occurs is because the player developed their technical skills and speed much faster than they are able to ‘think’ about the notes they are playing. As a result, they never mastered the ability to express themselves with what they learned. When you advance your guitar skills in this manner, your playing becomes ‘out of balance’ and your weaker areas end up preventing you from using your musical strengths expressively.

Why does this happen? After teaching guitar for 25 years, I have pinpointed the exact reasons. Here they are:

Reason One: Guitar players falsely believe that they need to fully master certain skills before they practice other areas. This causes them to consistently practice in only one area of their playing while ignoring others. This is a very common occurrence that I’ve seen countless times in the hundreds of students I’ve had over the years. Here are two of the most common examples of this:

Example One: Guitar players spend all of their practice sessions working only on improving speed/technique and music theory knowledge with the intention of mastering these things before applying them creatively through improvisation or composition. In the end, these players become great in their technical skills and understand a lot about music, but feel frustrated because they can’t actively use their skills to play anything that sounds like real ‘music’. To improve in areas such as improvisation or songwriting, you must actively practice applying your skills to making music and being creative while you are also getting better in your general guitar playing. You definitely don’t want to ‘begin from the beginning’ and waste tons of time trying to ‘re-balance’ your guitar playing after failing to properly integrate together your different skills.

Example Two: Many guitarists who want to become great improvisers attempt to memorize the entire fretboard before working on their improvising skills. They spend many months working to memorize each note for each fret as quickly as possible before finally working to become better at improvisation. As a result, they are surprised when the time comes to improvise and their ability to recall individual note names on the fretboard is completely useless because they never learned how to integrate this knowledge with the understanding of how each note feels while being played over specific chords. Again this mismanagement and out of control progress leads guitar players away from the goals they intended to reach.

Reason Two: Sometimesguitar players will be more prone to making progress faster in some areas of their playing and slower in other areas. This occurs because their approaches to guitar practice are much less effective in their weak areas. In general, this is a frequent occurrence for guitarists who learn without a teacher (by themselves) or with a guitar teacher who doesn’t know how to train them in a way that gets BIG results.

How Can This Be Solved?

Before I reveal what needs to get done in order to bypass the issues mentioned above, there are two errors you must avoid:

1. ‘Distributing practice time equally for all areas of your playing’: After reading about the above problems, you might be thinking that the best approach to guitar practice is practicing all your skills for an equal amount of time. DO NOT MAKE THIS MISTAKE! Truth is, your guitar playing skills to not grow in the same manner at the same rate. With this in mind, it makes no sense to reserve the same amount of practice time for all areas of your playing because this will only lead you back to the problem of becoming ‘unbalanced’.

2. ‘Practicing anything you can think of in order to be free of weaknesses’: Don’t believe that in order to ‘not have any weak areas’ as a guitarist you need to practice everything you can think of. Believe it or not, ALL of your guitar heroes have major weaknesses in areas outside of their desired playing style. However, they are masters in the areas that matter most to them. For example, Yngwie Malmsteen does not excel in playing jazz fusion, Steve Vai is not a master in the bluegrass style, etc. These players all realize that these skills are irrelevant to their major musical goals and understand that it is not important to waste their time developing them. Only the most relevant weaknesses are the ones that you should improve in order to reach your musical goals. Other weaknesses can and should be avoided.

These are the steps you must follow to make sure that your guitar playing doesn’t become unbalanced:

1. Read this page about achieving musical goals to get a clear understanding of which skills you must improve in order to achieve your highest guitar playing goals.

3. Don’t give in to the temptation to work only on the strong areas in your guitar playing while ignoring your weak areas (that are relevant to your goals). Don’t forget that your weak areas will hold you back and keep you from getting the most from the strengths you have spent so much time developing.

4. Don’t make false assumptions about which guitar skills need to be improved before moving onto other areas in your playing. Watch this guitar practice video to learn how to evenly develop your skills and prevent the problem of becoming an unbalanced player.

5. Locate a great guitar teacher who has already helped other guitarists reach their highest goals and understands how to help you reach yours by providing you with many effective strategies. Find the best guitar teacher for you by downloading this free guide to finding a guitar instructor.

By following the steps mentioned above you will avoid the frequent problems of uncontrolled guitar playing progress and get on the fast track to achieving your musical goals.