‹ prev next ›
0
5 Ways To Record An Album Without Bankrupting Yourself
May 7, 2012 James Scott Articles 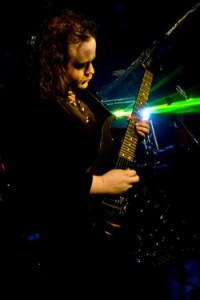 Let me tell you something. As a musician, there are few better feelings than when you first hold your own CD in the palm of your hand. That’s yours. You did that. And while memories of gigs and good times may fade, that album will be there forever – whatever you do, wherever you go, that album will be a testament to your achievements, your musicality and your creativity. It might even make you rich.

This is rubbish. It’s possible to record a pro-quality album for next to nothing, and in this article I’m going to tell you how to do that. If you do have some money to spend, I’ll tell you how to use it to get the most for the least.

Bands talk about money being the biggest problem but actually it’s more likely to be lack of organisation. Really ask yourself, is your band ready to record an album? Ask yourself the following questions:

Does your band actually have 10-12 good songs, that it knows how to play, and has agreed how to play? Even small changes to songs midway through the recording process can result in dozens of hours of work, and any associated costs, being wasted. Do your tinkering before you start.

Does your band have a settled lineup? Swapping out one musician for another and re-recording their parts costs a fortune in time and money, and the new guy will want to play the parts his way. If he’s a drummer, that may mean you need to start again to keep the recordings tight. If your band goes through more drummers than Spinal Tap, and who gets to play bass each week depends on which bassist the singer hates the least, then you’re not ready to record an album.

Does your band have the time and patience required? However long you think the album will take to record, it will take longer, guaranteed. You need to be confident that the members of your band can cope with the frustration. People with short fuses don’t last the distance, and this will waste money. Also, playing an instrument with the red light on is a skill in itself. If you don’t want to waste money on bad takes, they’re going to need the discipline to practice recording on their own.

A lot of bands get overexcited about recording an album, and waste money on stupid stuff. Before opening up your wallet for anything, ask yourself the following question:
Will I be able to use whatever I am buying again, or just for this album?

That’s the difference between investing and spending. If I spend £1000 on studio time for my band, then that studio time only goes towards that recording. If I want another recording, I need to spend another £1000. In fact, if I don’t like what is recorded in that £1000 of studio time, I’ve wasted it all. I might as well have flushed it down the toilet.

However, if I spend £1000 on a computer, software and an audio interface, I can use those things again and again and again, for this album or subsequent albums. It pays for as many takes as I like, forever. In fact, let’s look at a typical setup for recording an album at home:

That’s a total of £2735 (about $4000). Some bands spend more than that just on mastering. And that figure assumes that you have to buy it all from scratch. I’m guessing your guitarist already has a guitar, and you’re reading this on a computer, so you’re probably more than half way to that total already. With that setup, you can record as many takes as you like and it won’t cost you another penny, whether you nail that guitar solo on the first take or the ninety-first. And you can record your next album for free. That is an investment, and one that will probably more than pay for itself during the first album that you record with it.

How do I know that the setup above will be good enough to record a pro album with? Because that’s the setup I recorded my first album with, and I turned professional as a producer and audio engineer on the back of it.

If your aim is to save money, then there’s no better way than doing things yourself instead of paying other people to do them. Why spend money to record in a studio when you can do it in your bedroom for free? Of course, the downside is that you’re on your own. You don’t have the support of a studio engineer or producer. So you need to learn how to do those things yourself.

Recording, sequencing, arrangement, mixing and mastering are all skills that you will need, but they are skills you can learn. Nowadays there is so much instructional material available, much of it for free, that there’s no excuse not to educate yourself. Of course, this takes time. Nobody can become an audio superman overnight. But think back to the difference between spending and investing. An hour of recording bad takes that you won’t use, or making a terrible mix that attacks the ears of the listener, is time spent. An hour of learning how to do those things well is time invested, and like your equipment, you can use those skills again and again.

You don’t have to shoulder the burden all yourself either. As long as those skills exist within your band, the work can be shared out according to who can contribute what. Chances are, like the equipment, that at least half the required skills already exist in your band already.

4 – Be sceptical of big names

I might upset a few people here, but this is the number one way that bands waste their money when they record an album. They get the guy who did their favourite band’s album to come in and produce/mix/master/whatever. Chances are they didn’t get what they paid for.

Why? Well look at it this way. If you’re unsigned (and maybe if you are signed, if it’s on a small label), your album, no matter how great it is, is not going to appear on that guy’s CV. If he’s worked with, say, Aerosmith, then Aerosmith will be on his CV, not you. If people want to hear how good he is, they’ll listen to the Aerosmith records he did, not your record. So he doesn’t exactly have much of an incentive to give your album his maximum time and attention, especially as you’re probably paying him much less than Aerosmith did.

Compare that to Johnny Up-and-Coming producer in your home town. This guy wants to build up his CV and demonstrate his skill, so that he can work with the likes of Aerosmith some day. He will charge you less than the other guy because he doesn’t have the CV to justify charging the earth for his services, and because he actually wants your business. Your album WILL be on his CV, and he WILL be using it for his press kit and demo CD. Your interests and his interests coincide – if he does a great job on your album, then that’s good for him AND good for you, so he’ll bust a gut to make your record sound as good as he can. Aerosmith guy couldn’t care less; he just wants your money.

Yes, the expensive guy might just get you a recording that sounds ever so slightly better (though that’s by no means guaranteed), but you will have paid thousands more for a very small improvement. Most musicians won’t even be able to tell the difference and your fans certainly won’t. Could you have spent those thousands better? Could you have invested it?

5 – Get the right peer group

You can’t just upload your recordings to an internet forum and ask for feedback, because you have no idea who those people are. If you do, you’ll get some feedback from people who know what they’re talking about, but also from idiots, lunatics, trolls, people with hidden agendas and 12-year-olds and you won’t be able to tell the difference between any of them. That’s the problem with internet anonymity – you don’t know who’s at the keyboard and why they are posting.

So you need to hook up with the right people. It doesn’t matter if you know them personally, so long as you know who they are. Of course, you have to give them a reason to want to help you, and you may be asked some favours, even if they’re small ones. If you do have strong skills you can offer, then you can trade that skill for feedback and mentoring in the areas you need help on. For example, in the past I’ve traded my writing skills for mentoring and assistance in music and production – I’ve helped musicians do things like appeal against parking tickets and write letters of complaint, and in return they’ve shared their knowledge and experience with me. It’s not even a formal arrangement, it’s just what friends do. Think about who you know and what you can offer them. Networking like this takes time and effort, but it doesn’t take money.

James Scott is a producer, audio engineer and writer based in London, UK. He works with up and coming artists to help them get noticed in the industry. His free newsletter includes exclusive recording and production tips that he doesn’t share anywhere else.