‹ prev next ›
1
Is It Really Necessary to Know How to Read Music?
March 12, 2012 Tommaso Zillio Articles 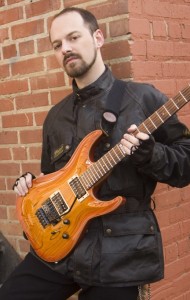 Do you feel you are “not a proper musician” because you can not sight read music?  Do you think (but are not sure) that not knowing how to read standard music notation may slow down or even stop your musical progress?  Do you think you need to be able to read music fluently in order to understand music theory?

As I learned to read music late in my music education, I used to feel this way too. Of course now I know how to read, but having been on both sides of the divide for quite a long time I can give you my informed opinion on how this really is. And I have some good and some bad news.
The good news is that to be able to be a musician, or even to understand music theory you DO NOT need to be able to read music. I fact, you can become quite proficient in your knowledge and application of music theory without knowing how to read a single note — as unpopular as this may be to some musicians and teachers.

More Than One Notation

There is another side to this coin, though, so let’s look at the “bad” news. In order to write down your ideas or to communicate with other musicians you DO need to learn some form of music notation . This because if you don’t know ANY ways of reading/writing music you will be quite a disadvantage in any situation where you need to work on your song, both by yourself and with other people. Communicating efficiently will be impossible. You may also be excluded from some circles because it is too difficult to explain songs or concepts to you. But don’t worry!  Not all types of music notation require you to learn to read a score. Most of them are way easier, and just as useful.

The first thing to do is to determine what music notation you NEED to know. This article deals with that. Of course the second step is to learn the notation(s) that you need to know. There will be some resources at the end of this article that will help you. Let’s now see the most common ways to notate music: Standard notation, Tablature, and Chord-based systems.

For starters, let’s acknowledge the elephant in the room. If you are, or if you want to be a classical musician, you absolutely need learn to read standard music notation. The same is true if you want to work in situations where you need to work with classical musicians (such as becoming an orchestrator, or working in the movie music industry). These goals are very specific, and I will assume that you do not share them in the rest of this article. Of course, if you DO have one of these goals, then you simply have to learn the standard notation.

Standard notation is not a monolithic block, though. While I do not recommend everybody to learn the whole thing, I do heartily suggest that anyone who want to be a musician should learn rhythmic notation (i.e. what is a bar, how to divide it in beats, how to divide the beats in eighths, sixteenths, triplets, etc). Rhythmic notation needs is easy to learn and had an incredible power to generate musical ideas: you do not want to miss on that.

A widespread notation used for guitar (as you know for sure) is Tablature (from now on Tab). Tab has both advantages and disadvantages. The main advantage of Tab, and doubtlessly the reason why it is so popular, it’s that the fingering is already done – with other forms of notations you need to figure out where to play the notes (the same note can be played on more than one position on the guitar). On the other hand, since different players find different fingerings more comfortable to play, this very feature is also one of the main disadvantages of Tab. Another disadvantage of Tab is that it is impossible to learn a song only from Tab due to the lack of rhythmic notation. while it is definitely possible to learn a piece of music from standard notation even if you have never heard it before.
While Tab got a bad reputation as music notation, I think this is because it has been used the wrong way. I am of the opinion that Tab is a great and intuitive way to write music, provided you use it in the right way: you have to compensate the lack of rhythmic notation by having a recording of the song you are trying to learn and listening to it frequently while learning the piece.

Standard notation and tablature are definitely the most famous systems, but they are not the only ones around. In fact, there are other music notation systems that are even more common among musicians. The most used one is probably the Nashville “number system” to indicate chords and chord progressions. This system is simply a must to know for some jam session and studio work. It allows you to communicate chord progressions in any key in a fast way and it also improves your knowledge of music theory!  I do heartily recommend you learn this system – it’s easy and useful.
If you are a classical musician, you might want to learn the classical “roman numerals” music notation method rather than the Nashville system. The two system are practically equivalent: they both notate chords and chord progressions. The only real difference between them is that the Nashville system is more use in modern music, while the roman numeral system in classical music.

How Can I Learn The Right System For Me?

The take-home message here is that you should learn only the systems that are useful for your goals as a musician. Do not learn the Nashville system if you want to play only classical music, and do not learn standard notation if all you want to play is Blues!  You will never use them! !  Once you have made your choice, what you are missing is a detailed explanation on how to learn your music notation of choice by yourself.

In order to help you to learn these notations, I have written a free eBook that explains ALL of them. Download here your free:  eBook on Music Notation systems!

About the Author
A professional prog rock musician, Tommaso Zillio is a regular writer of columns about Music Theory for Guitar.