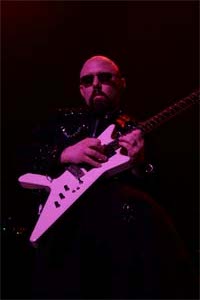 To get the most out of this article, it is critical that you read Part 1 to this series before reading on…
…There are few things more tragic than a person who has invested all of himself/herself into a life-long dream (such as pursuing a big professional music career) only to fail because of a single bad choice or a single important, but overlooked or underestimated, fact. Sadly it happens all the time.

Imagine investing tens of thousands of hours over many years, studying hard, learning as much as you can, to hone in on all the various musical skills you’ve developed, striving for excellence in everything that you do, strengthening your creativity, investing piles of money on everything from music gear to your music education (lessons, classes, etc.). Then doing all the necessary non-musical things to position oneself in the music industry such as, making key contacts, developing a fan base, promotion, etc. Now imagine that a single, overlooked or underestimated, element was missing. Or maybe a fatal mistake was made inadvertently on your part. Something that seemed so insignificant actually caused you to be seen as “undesirable” or “high risk” in the eyes of record companies, managers, producers or publishers.

From our (us musicians) frame of reference, what appears to be common sense or sound logic to us, may not be congruent with the common sense or sound logic from the music industry’s (record companies, managers, publishers, producers, etc.) frame of reference. I’m referring to the risks that companies have in investing in people as described in Part 1 of this article.
As an example, I have a friend (who shall remain anonymous in order to not embarrass him or his band), who is extremely talented and one of the best musicians I know. His band, singer and music are all truly world class. The songs are built upon wonderful musical and lyrical depth and integrity. Yet their sound is accessible enough to the common person to be on rock radio stations around the world. The band is highly motivated, has an amazing work ethic, and possesses almost everything to be a mega huge band.
On several occasions I’ve offered words of advice on how the band could be seen as significantly more valuable to the record companies and managers they were in negotiations with over the last couple of years. I offered to help not only because the leader of the band is my friend, but because I know the band has enormous potential and a real chance of fulfilling their stated goals.
There was no need for this band to try to “be in the right place, at the right time” because they have been in the right place, at the right time, many times. They’ve been in close contact with high level record companies and management firms. In general, these key industry people liked the band on both a musical level and a personal one. However, time after time no significant deals were offered by any of the people or companies they had been talking directly to. What is frustrating for my friend and his band is that these industry people aren’t going to spend any of their time telling the band the truth about why they are not interested in taking the next step with the band. If the perceived problem cannot be fixed easily and quickly, the industry people won’t waste their time even discussing the problem. Instead they’ll stop returning phone calls and emails or give the band some superficial bogus reasons why no deal will be offered. Some of these so-called reasons range from, “our company is not looking to sign any new bands this year”, to “we’re having some legal issues on our end and can’t sign you now”. Of course these statements were obviously untrue and only served to get the band to give up and go away by showing that there is no chance to move forward. It’s just an excuse because if any of that were true, they would never have invested weeks or months into talking to the band before offering a deal.
So what was really happening? Why did the industry people even bother to talk to the band in the first place if they had no real interest in offering them a real opportunity and contracts???

…well… the answer to the second question is that they DID have serious intentions on signing the band. The answer to the first question is the company was doing research on the band. They were testing the people (especially the leaders) of the band. No I’m not talking about doing research on what the band’s songs sound like, the style or their image. Those things were already clearly known from the press kit (the package the band sent to the companies which contained, their CD, photos of the band members, DVD of video footage of the band, website info, their biography, etc,). And it was that press kit (as well as some persistence and lots of emails and phone calls, etc.) that got the company’s attention – all of that happened before the company ever returned the band’s calls and emails to begin talks about working together…
As you can see, getting in front of some key people wasn’t the problem, the band had done this several times on their own. Their consistent problem was that the band could never seem to close the deal. Every time industry people probed deeper and researched more about the band, there was something that kept coming up in each case that killed the deal. To the band, it was not only extremely frustrating to go through this over and over again, but the worst part was they weren’t ever given the whole story from the record companies and managers about what the problem was.
The record company people were also frustrated because they had found yet another great band with great potential but here was another band that didn’t have the “complete package” together. And what is worse is that during such times, the record companies were losing thousands of dollars and human resources by investing the initial series of talks, meetings (flying people around the country to make the meetings happen) and on some preproduction work.
What was frustrating to me was to see this great band suffer like this. We had several conversations about what I believed was holding the band’s opportunities back. Yet he (my friend) didn’t seem to believe in what I was advising him to do and change. Instead he went back home wrote new songs that he thought might be a bit more radio friendly, then rewrote them again to make them heavier, then rewrote them again to make them less progressive. Focusing on the band’s sound (which was never the problem). In the end, none of that mattered since the songs (in all their various versions) were truly great marketable songs.
What the record companies and managers were really looking for when talking to the band is a long list of things that make up a complete package. The fundamentals of that longer list was:

As already stated, the complete list is much longer, but the essence of those items lies in the main three points above. What I’ve written here is a broad generalization (and somewhat of an oversimplification) of the situations regarding this band and in how the music industry works in dealing with brand new artists in the present day. What is important to notice here is the industry’s focus on what values, risks and proof are related to the musicians “as people”. After so many years of doing all the right things, in terms of musical elements and self promotion, where the band continued to fall short was in areas that its leaders overlooked in the beginning, and then underestimated later, after repeated conversations about these issues.
People in general, and musicians in particular, have a habit of focusing on what to do to “make it”. People often neglect to focus equally on what not to do to “make it”… And that was the source (in my opinion) of the band’s problems. They did all the “right things”. But neglected to address the “other things” that were making them a higher risk to the industry. Focusing on both sides of the equation (what to do and what ”not” to do) is so important, and that is reason why we spend so much time and effort to correct this in the Music Careers Mentoring Program.

For more information on this topic check out these following resources:
Tom’s other music career development articles:

And the Music Careers Mentoring Program

I invite you to sign up for my free newsletter which is filled with valuable guitar instructional resources!